Founder and Father of Penumbra 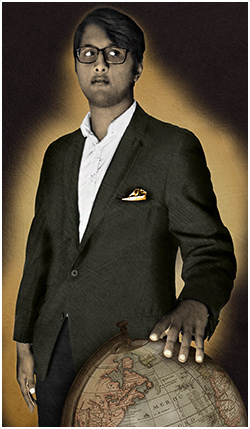 Who is K. Alexander?

As the son of a missionary, Kiran Alexander spent his life moving around the globe. This exposure to different cultures paired with his father’s meticulous home-schooling shaped his moral and political outlook. After some time, however, he began to crave something his nomadic life could not provide – a sense of community.

Upon turning eighteen, K. Alexander came into an inheritance from his grandfather and moved to the United States to find his own way. He was quickly shocked by the politics and culture of the country that sold itself as the paragon of freedom and justice.

Years went by and K. Alexander began meeting people who felt detached and disillusioned by modern culture, leading him to discover that the world’s problem was not a lack of virtue among people, but that modern society does not encourage virtue in its citizens. The challenge was not to find a Socrates, but to build a better Athens.

And thus he began to build PENUMBRA…