Our Founder, Our Father

Kiran Alexander was just twelve years old when his father gave him a copy of the Apology, Plato’s account of Socrates defending himself before an Athenian council prior to his eventual death sentence. The book had a massive impact on young Kiran and he finished the book in tears over the injustice of Socrates’ execution. As the son of a missionary, K. Alexander moved around the globe constantly as a child and clutched to his books as a spiritual constant. But even after he made his way through Pascal, Voltaire, Kant, Nietzsche, and Camus, he never got over that image of Socrates, the virtuous man condemned through injustice. 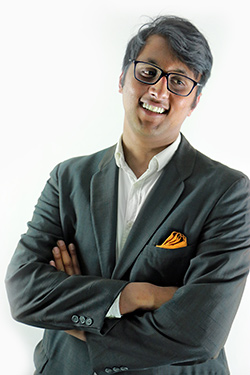 Due to this constant moving, K. Alexander was homeschooled by his father, Vikram. When K. Alexander turned eighteen he came into an inheritance from a trust set up by his maternal grandfather. Craving independence, he bid farewell to his father and went to the United States to find his own way.

He quickly found that the independence he so craved came with a price. Having been sheltered from some of the cruder aspects of modern society, K. Alexander was shocked by the politics and culture of the country that supposedly served as an example for all free and just societies. It was during this period that K. Alexander met the love of his life, Arethea. She shared his sense of unease and they would stay up for whole nights discussing what might be done to find some notion of virtue in the commercial and anomic environment of 1980s America. 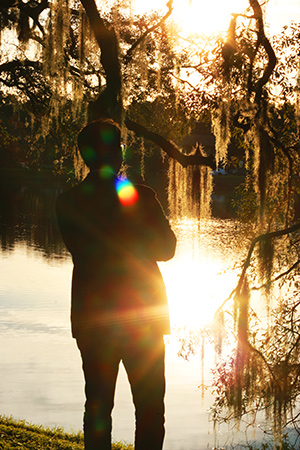 As they continued to discuss these problems, they began to meet like-minded individuals. Many people couldn’t articulate what exactly they felt was missing in their lives, but they found some resonance in the classical nostalgia of K. Alexander. It was during this period that K. Alexander had the revelation that would define his life’s mission. The problem, he found, was not a lack of virtue among people, but that society did not encourage virtue in its citizens. The challenge was not to find a Socrates, but to build a better Athens.

Living in Orlando, K. Alexander had many examples of how thriving worlds could be built anywhere, even out of a swamp. The entire city stood as an example of the creative potential of human endeavor. What K. Alexander found unforgivable, however, was that this potential had been used to create cities where people were unable to cultivate the higher qualities of their souls. So with the help of his wife and the many like-minded individuals he had gotten to know, he began to build Penumbra. He used the entirety of his inheritance to complete the project and in a few years, on February 15th, 1988, its first iteration was complete.

Since that day of Founding, Penumbra has developed and transformed beyond even K. Alexander’s wildest imaginings. He remains the Chief Executive of Penumbra, but is happy to see that the entire society functions independently of any hierarchical control. Along the way he dealt with many challenges, the deepest being the sudden death of his wife on December 14, 1999. But he remained steadfast in his desire to create a society in which virtue could be possible.

The thriving world of Penumbra now stands as a testament to his effort and vision.